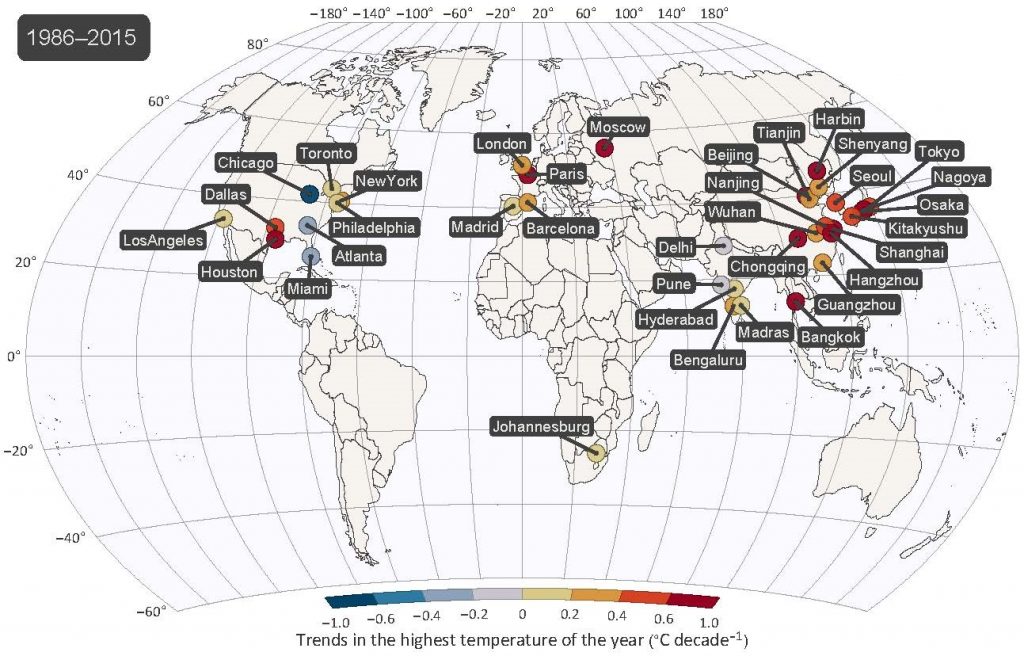 There is a general consensus among environmental scientists that the average Earth’s temperature is slowly rising, but, according to a study coming from the University of California, the temperatures are rising even higher in the world’s big cities during the hot days of the year.

The survey reveals that, while the average annual temperature of our planet is rising with a slow but steady pace for many years, there is a worrying, much steeper, rise in extreme temperatures during the hottest days of the year. The situation is more noticeable – and more deadly – in the largest cities in the world, especially those with more than five million inhabitants

Scientists analyzed the hottest days of the year from 8,848 weather stations around the world at a depth of 50 years, seeing an average increase of 0.19 degrees Celsius every decade, rising to 0.25 degrees a decade later, between 1986 -2015. (https://goo.gl/GnnB61)

“This dramatic urbanization, which has occurred more rapidly in the least-developed parts of the world, will aggravate the impacts of extreme weather events and increase the risk of heat-related fatalities in the future,” the report noted.