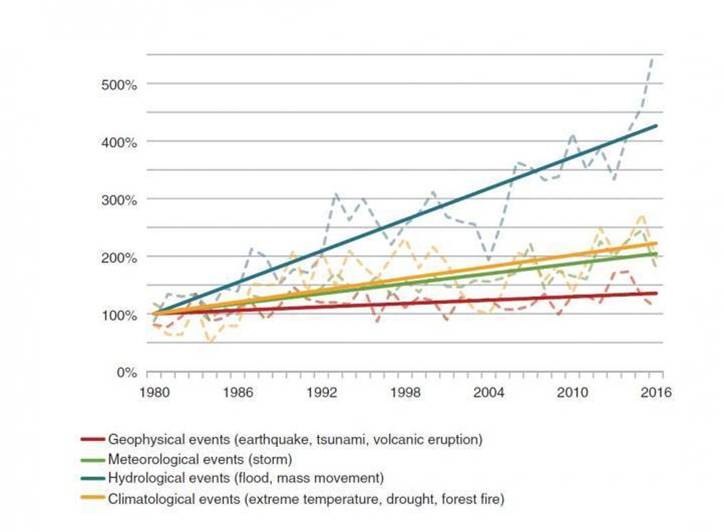 New data show that extreme weather events have become more frequent over the past 36 years. The study conducted by the European Academies’ Science Advisory Council, which is made up of the 27 national science academies in the European Union, Norway, and Switzerland, examined trends in extreme weather within Europe with a significant uptick in floods and other hydrological events compared with a similar study published five years ago.

Professor Michael Norton, EASAC’s Environment Programme Director states: “there has been and continues to be a significant increase in the frequency of extreme weather events, making climate proofing all the more urgent. Adaptation and mitigation must remain the cornerstones of tackling climate change. This update is most timely since the European Commission is due to release its evaluation of its climate strategy this year.”

It becomes evident of the necessity the European member states will require from holistic approaches and all-inclusive platforms that will assist the authorities into tackling the more and more frequent extreme weather events, similar to the one beAWARE project is currently developing.