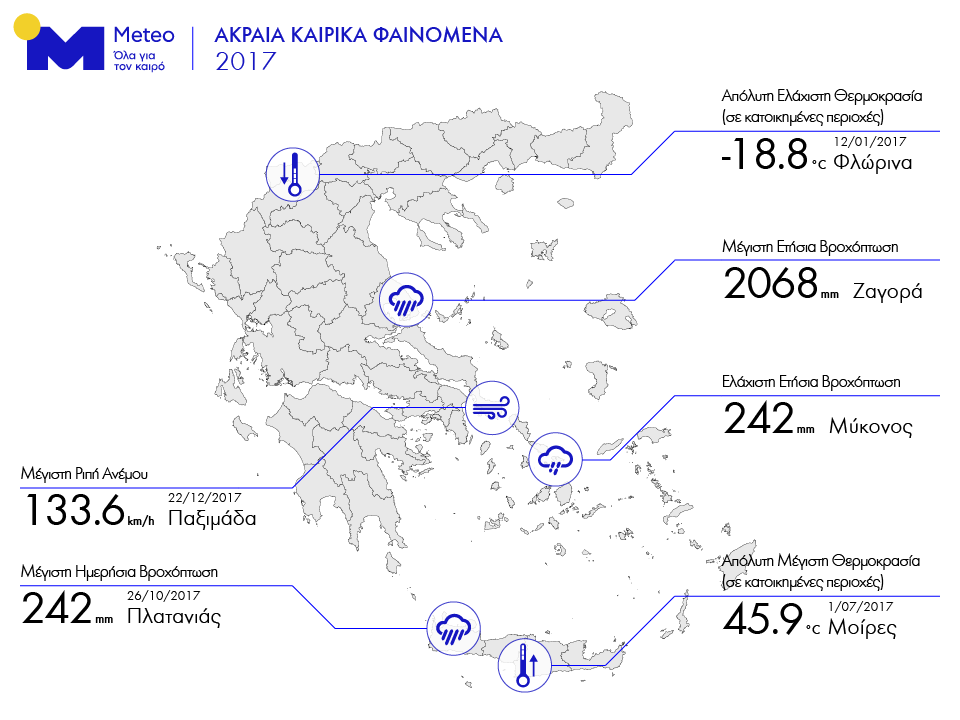 The meteorological service of the National Observatory of Athens announced the record of the temperature, rainfall and wind speed recorded during 2017 in Greece.

Also, the absolute minimum temperature in residential areas was -18.8 degrees Celsius in Florina on January 12, 2017, while the maximum wind gust was recorded in Paxi and was 133.6 km / h.

The maximum daily rainfall was in Platanias, Crete, on 26/10/2017, reaching 242mm. On an annual basis, the maximum rainfall occurred last year in Zagora Pelion, which received a total of 2,068 millimeters of rain. The minimum annual rainfall was recorded in Mykonos (242 mm throughout 2017),

The most notable finding was the temperature of 40.2 degrees Celsius recorded in Argos on 13/5/2017, which is the highest temperature ever recorded for the month of May.