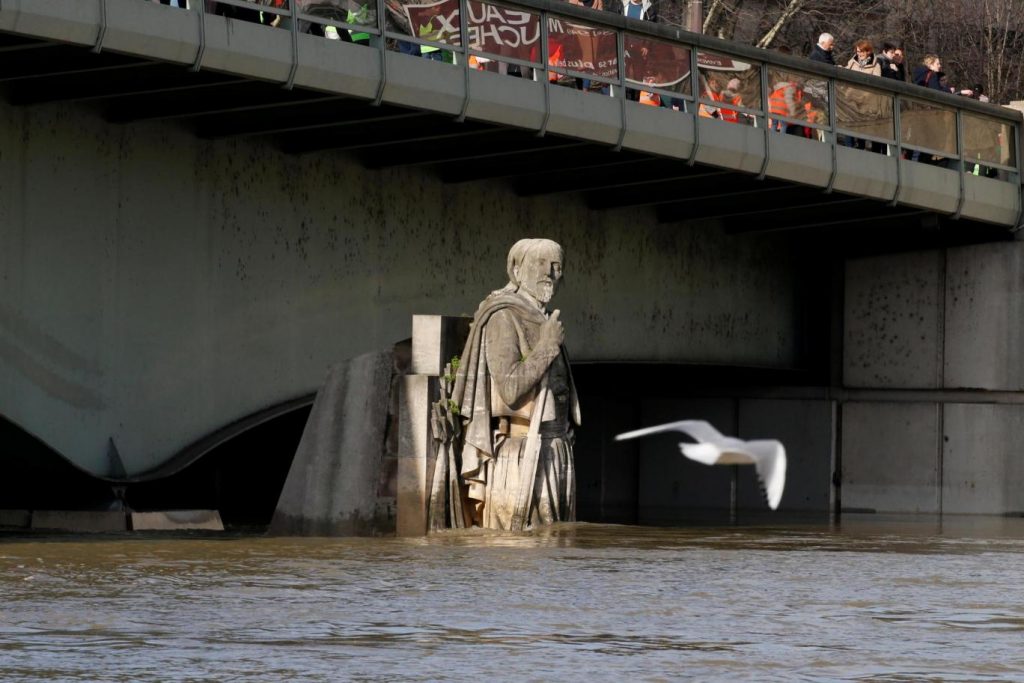 The water levels of the Seine and Marne, two of major rivers in France crossing the capital Paris, have been steadily risen since last week, causing an evacuation of around 1.500 people as many streets and basements were flooded in the greater Paris metropolitan area. Fears have been expressed that the exceptional increased rainfall of the last weeks will further augment the water levels according to the flood warning agency Vigicrues. Even more alarming is the announcement coming from France’s meteorological service, declaring the current December-January period as the third wettest on record since data collection began in 1900 (https://goo.gl/zwYwQK). Drone footage is showing the swollen Seine as it has peaked at more than four metres above its normal level (https://goo.gl/pSSK4Y).